A Mirror For Mantra

[This 10-part story has been running on the Ultraverse: A New Twist site; however, at the moment, that site seems to be on hiatus, so I've taken the liberty of archiving it here as well, since I'm also posting the new chapters. If nothing else, this gives the story to have a mirror site, which given the title, seems only appropriate. 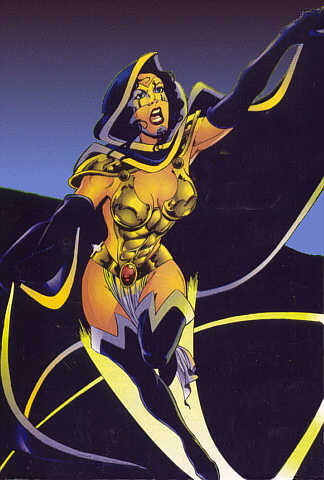 The first ten issues of Mantra: A New Twist is a ten-part story called A Mirror For Mantra, written by C.D. Lee, taking place after Mantra #22. For Ultraverse: A New Twist continuity, Mantra's past is similar to the major events happening in Mantra #1-22, as described in this series, except cross-overs with non-Mantra related characters never took place.